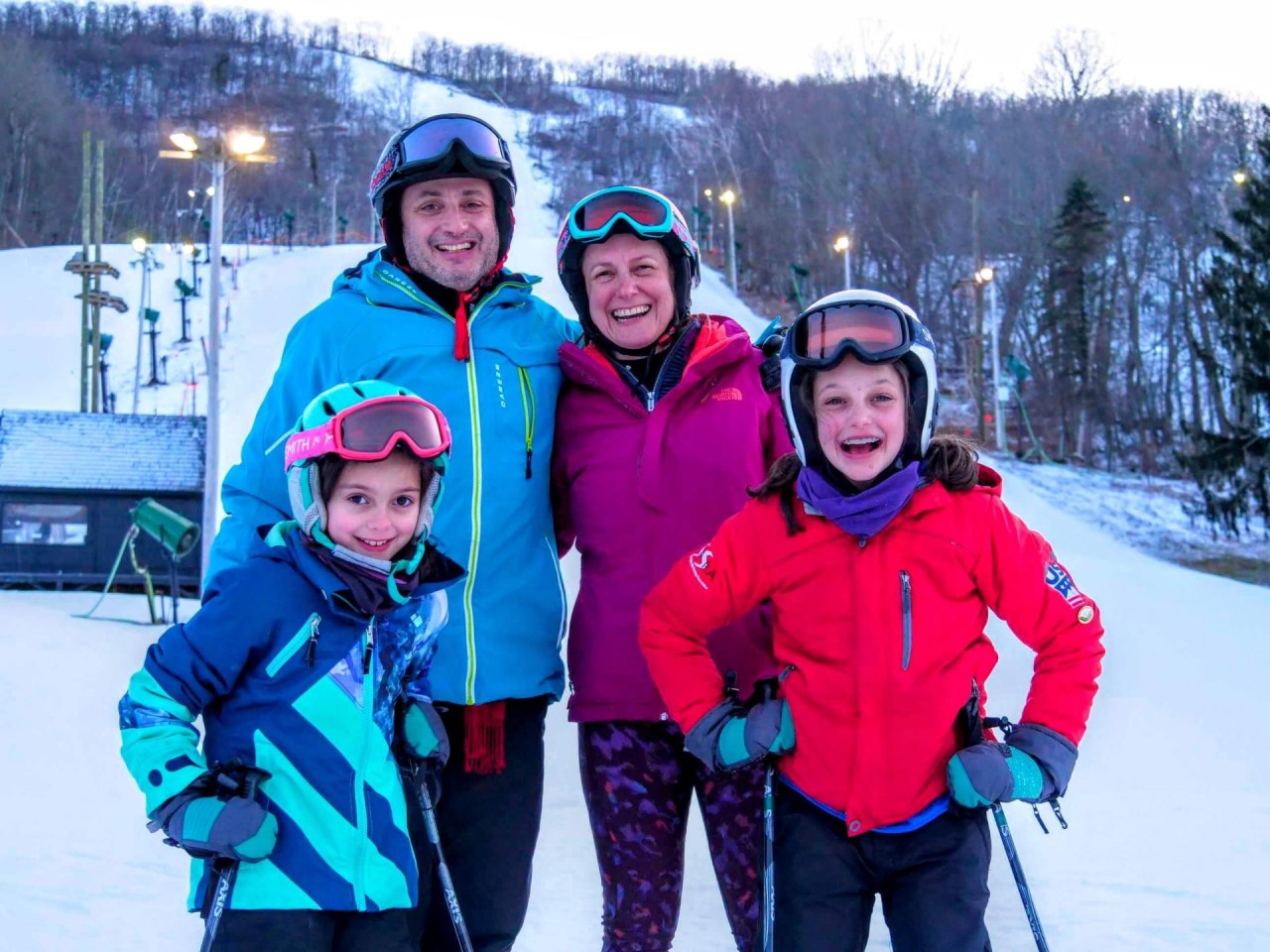 An Article by: Albert S. Neubert

We experienced the first major thaw of the season last week when temperatures soared into the 60s across ski country and right up to the Canadian border. The warmth combined with bright sunshine vaporized all of the natural snow in the lower Hudson valley but there is still some in the Catskills and Berkshires, and further north in New England although much of it is not skiable at this point.

The good news is that it was dry, and any rain with that mild weather would have done much more damage to the slopes. Instead, machine-made bases held up very well and we can look forward to a long season, going into April and possibly May at a few resorts.

Old man winter returned last Saturday with a vengeance as temps plunged into the single digits at night at the more northerly ski areas. The long-range forecast at this point is indicating up to three more weeks of chilly weather with some potential for snow. Saturday was what ski area operators call a transition day. That means the slopes went from loose and wet granular to cast iron and boilerplate last Friday night forcing ski areas to employ some serious "snow farming."

Groomers had to push snow around to cover thin spots and then do two grooming passes across all the ski terrain. Early morning conditions can be pretty tough with plenty of cocktail ice, "chicken heads," chunks, a sand-like thick granular, all on top of a hard pack, marble base. That's nothing that a set of Olympian, fire-hydrant sized thighs couldn't handle.

I went to Catamount Ski Resort, on the New York and Massachusetts border off route 23, two miles west of Hillsdale, last week on a perfect spring skiing day, with blue skies, early morning temps in the 20s, and rising into the upper 40s by mid-day. Conditions were firm and fast on shaded trails and soft and forgiving on runs that tilted toward the sun. By noon, all the terrain had a nice layer of sweet turning snow and it was goggle tan time on the lift rides to the summit.

If you haven't been to Catamount in a few years, you are in for a big surprise. The area was bought a couple of years ago by the owners of Berkshire East, which is located in northwestern Massachusetts just below the Vermont border. The new owners are bent on transforming Catamount into a first-class destination resort. Even the sign at the entrance speaks of a new and refined look, more like what you would expect at an Okemo or Stratton in Vermont.

The original base lodge has been renovated and there is a new main base lodge situated just below the Catamount double summit quad chairs. It's spacious and has a beautiful fireplace, something that was missing in the original base lodge and that most visitors expect in a ski resort lodge. There are fire pits and picnic tables in front of each lodge providing for great views of the slopes and a perfect place to park yourself given the indoor capacity constraints resulting from pandemic protocols.

Snowmaking capacity has also been boosted significantly with the addition of storage ponds and more high-efficient snow guns. Of greatest interest to skiers and snowboarders is the additional terrain that has been added. Also, there's been regrading of one of the more important trails, Ridge Run, that connects the east and west sides of the ski area.

For those that might think that a ski resort in the southern Berkshires can't possibly have challenging terrain, think again. Ripper and Catapult, Catamount's signature double black diamond rated trails are as steep as anything in the Catskills or Vermont. Both have super steep sustained pitches of nearly 600 vertical feet.

That doesn't include Christopher's Leap, which has been cut and awaits snowmaking for next season. That trail, while 100 vertical feet less than the other two, appears to be even steeper, on par with K27 at Hunter. More green circle and blue square trails were cut on the east side of the resort, which expands the offering to novice and intermediate skiers and snowboarders. Another new addition this season is the Lookout trail from the main summit, which gives you a glimpse of the Catskills across the valley and Hudson River.

A new triple chair will replace the old Glade double chair, adding more summit capacity, and more lifts and tails are in the plans for the future. The new owners are adding a tubing park which will be on the New York side of the area and will be ready for next season.

Buy a pass, ski for free

Catamount has some of the best pricing and specials during weekdays. There's a particularly attractive special for seniors, age 60 and over, where the first 20 tickets are priced at $15 for a four-hour session in the morning, the next 20 are $20 and increasing in $5 increments thereafter.

Season passes for next year are on sale now and you will be able to ski free the rest of this season, with a planned closing through the second week of April, for another month. The adult unlimited pass is going for $499 and the weekday adult pass is priced at $269 and they include the use of sister resort Berkshire East.

Belleayre, near Pine Hill in the southern Catskills, started its season pass sale this Wednesday and you can get a pass for as little as $369 and ski the remainder of this season for free.

Think a spring snowstorm, and happy skiing and riding!